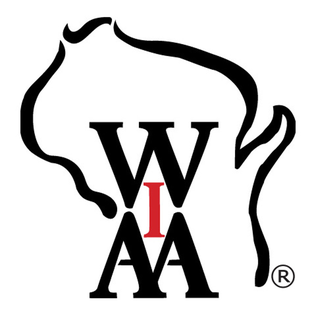 STEVENS POINT, Wis. – The Wisconsin Interscholastic Athletic Association Board of Control reviewed and acted on coaches committee recommendations impacting winter sports–including the addition of a State Tournament Series for girls wrestling in 2022–and other rule and budget considerations in response to the impact of the COVID-19 pandemic at its June virtual meeting today.

In recognition of the challenges many students may have experienced with access and adapting to virtual schooling last spring following school closures because of COVID-19, the Board voted unanimously to allow a school option to defer academic eligibility grade requirements for all students until the first grading period of the 2020-21 school year. The executive office will be providing additional guidance for members in the coming days.

Another Board decision in response to the COVID-19 pandemic extends the window one week to use the coaches’ five unrestricted coaching days for this summer only. This allows 11-player football coaches unrestricted contact through Aug. 1 and all other coaches through Aug. 8. The extended period reflects a heightened emphasis on acclimatization for the health and safety for student-athletes. The executive office will be providing additional guidance for members in the coming days.

In an effort to address the impact on the operational budget following the cancellation of revenue-producing tournaments during the COVID-19 pandemic, the Board approved a number of Executive Staff recommendations to increase revenue and contain expenditures in 2020-21. All regional, sectional and State Tournament ticket prices will be increased $1. In addition, State Tournament school mileage reimbursements for team and individual travel will decrease 50 cents per mile for 2020-21 only, and the regional and sectional host revenue sharing percentage will be decreased by 5 percent for one year only. Furthermore, Sports Advisory Committee meetings and all sport Coaches Advisory Committee meetings will be conducted virtually in 2020-21, and mileage reimbursement for board, staff, committees and officials will be reduced 5 cents per mile.

A much-discussed coaches’ recommendation to add a girls division to the State Tournament Series in wrestling was amended to conduct a girls-only individual tournament in 2021-22. Girls and boys will be permitted to wrestle each other during the regular season, but the Tournament Series will be gender exclusive. In other wrestling-related Board action, Trackwrestling.com will be used to randomly place sectional champions on the State Individual Tournament brackets in all divisions with the second- and third-place sectional finishers placed on the opposite half of the bracket beginning in 2021. In addition, the start time for the finals of the team sectional tournament for Divisions 2 and 3 will be 20 minutes following the completion of the semifinals or earlier if both coaches agree.

For boys and girls basketball, the Board approved implementing a computerized seeding system for the State Tournament Series. The system will be developed by the WIAA with the goal to have it available in 2020-21, and no later than 2021-22. This action will require members designated as the home team to enter the scores of all their regular-season games into the WIAA Score Center database purposes starting in the 2020-21 season.

Three gymnastics recommendations received approval. One eliminates the language “multi-school meets involving four or more teams may stop the warm-up time for bar and vault changes” from the regulations. Another alters the admissions policy for sectionals and the State Team Tournament to provide free admissions for a maximum 15 individuals on a team to include competitors, alternates, coaches, managers and other team personnel. The third adds the language to add a safety zone mat, in compliance with NFHS vault rules, to the list of equipment required to host the sectional meet.

In hockey, the Board approved retaining a two-division State Tournament Series indefinitely by eliminating the experiment language from the existing regulations. Also approved was a recommendation for the State Boys Hockey Tournament to involve the head coaches of qualifying teams for both divisions to determine seeds for each division beginning in 2021.

One Medical Advisory Committee recommendation received approval. For grades 6-8, wrestling weight differentials will be 10 pounds up to 100 pounds, 10 percent for 100-200 pounds and 30 pounds for more than 200 pounds.

Three changes related to the Conference Realignment Task Force received confirmation from the Board, including adding one additional member to the committee, revising the realignment process flow chart and identifying new approval timelines for “fast track” applications.

The Board also ratified spring cooperative programs for the 2020-21 and 2021-22 seasons, and it formally approved the Guidance for Summer Activities provided to the membership, as well as a revision to clarify the Spectator Crowd Control Policies that permit face masks intended for personal health and protection. Approval of a spending resolution during development of the 2020-21 operational budget was also a part of the Board’s action items. Other action items approved by the Board include the winter sports financial statements, and the general fund financial statement and payments for May. Hilltopper Boys Have Pieces To Contend In Trailways West