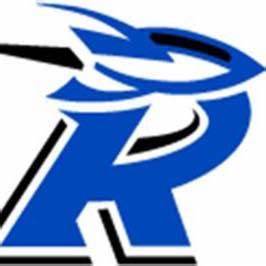 The Rockets (20-3) earned the #2 seed in their Sectional after knocking off Dodgeland 67-29 in their Regional Final last Saturday.  The Trailways West Conference champs have a pair of players averaging double figures in sophomore Jorey Buwalda (16.9ppg) and junior Presley Buwalda (10.1ppg).  Randolph was ranked #3 in the final Wissports.net Division Four Coaches Poll.

“I think one huge factor (of this year’s success) is the depth on this basketball team. We can pretty much go nine, ten deep at any time.”  Coach Chad Kaufman told DailyDodge.com.  “We try to play a full court game and try to get in other team’s grills a little bit with some full court man pressure and three-quarter court zone pressure.  I think our depth has caused some teams some issues.  We have some good perimeter players plus we have some good size in the post where we can play any style of any game.”

Crandon (17-4) is the #3 seed in the Sectional after knocking off Wabeno/Laona 39-38 in last weekend’s Regional Final.  The Cardinals have three players that average in double-figures in sophomore Mara Stamper (13.4), senior Maddie Stamper (10.4), and sophomore Holly Palubicki (10.3).  Crandon ran through the Northern Lakes Conference with a perfect 10-0 record.  They were ranked #4 in the final Wissports.net Division Four Coaches Poll.   The Cardinals qualified for last year’s WIAA Division 4 State Basketball Tournament and dropped a semifinal matchup to Aquinas 73-42 just before the rest of the event was cancelled do to the pandemic.

The other side of the Sectional bracket has #1 seed Mishicot host #4 seed St. Mary Catholic.   Mishicot is ranked #1 in the D4 Coaches Poll.