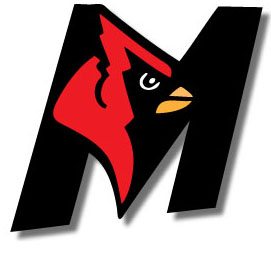 The Marshall girls basketball team heads to the WIAA Division Three Sectionals with hopes of competing for a third state championship in the last four seasons. After winning Division Four state titles in 2018 and 2019, the Cardinals fell in the Sectional Final to Platteville last fall before the pandemic hit.

Marshall (21-3) will host Lodi (7-9) at Cambridge on Thursday night in a D3 Sectional Semifinal because Dane County health regulations won’t let them play in their own gym.

The Cardinals are led by a trio of seniors including a pair of NCAA Division One recruits.  Milwaukee recruit Anna Lutz (17.9ppg) and Northern Illinois recruit Laura Nickel (17.1ppg, 9rpg) along with Mya Andrews (7.2ppg, 4apg) have all have played a big role in the Cardinals success over the last four seasons.

Lodi has won four in a row and advanced to the Sectional with a 41-38 upset at #1 seed Westby on Saturday in the Regional Championship.   Senior Lauryn Milne (16.6ppg) and junior Dylann Harrington (11.1ppg) lead the Blue Devils in scoring.

These two teams were scheduled to meet on December 18th, but that game was cancelled.

The other side of the Sectional bracket features a pair of teams ranked in the D3 top 10 as #5 Lake Mills host #7 Prairie du Chien.