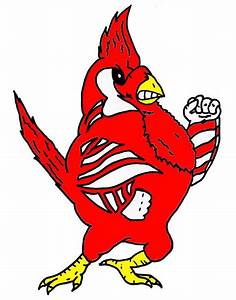 The Columbus boys basketball team picked up a huge 58-44 non-conference win at previously unbeaten Randolph on Monday night.  In a back and fourth 1st half that saw seven lead changes, the Cardinals took a 23-22 edge into the halftime locker room.   Columbus then used a 17-6 run to open the 2nd half turn that one-point cushion into a 40-28 lead they would hold the rest of the night.

Ryan Schulte led Columbus with 15, while Ben Emler added 14 and Alex Campbell 11 in the win.  Peyton Moldenhauer led three Rockets in double figures with 15.  Sam Grieger had 11 and Travis Alvin 10.

The 3rd ranked Rockets drop to 17-1 on the season while the Capitol North leading Cardinals improve to 12-5.  Columbus and Lake Mills sit on top of the Capitol North with 5-1 records.  The Cardinals host Poynette on Friday night.  Randolph will jump back into Trailways West action on Thursday when they travel to Rio.