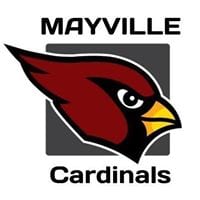 The Flyway Conference champs earned a spot in the state title game with a 42-25 win over Belleville at McFarland last Friday night.    Tailback Blake Schraufnagel has run for 2216 yards and a school record 37 touchdowns.  Braeden Vollmer has 556 rushing yards and 7 TDs.  QB Adison Mittelstadt has tossed 12 TDs to just three interceptions in 2021.   Bradley Buschke has caught a team high 25 passes for 502 yards and 5 TDS

Aquinas (13-0) is champion of the Coulee Conference and downed Wittenberg-Birnamwood 28-18 in the state semifinals.  QB Jackson Flottmeyer has thrown for 2597 yards and 32 touchdowns against just three interceptions this season.  The Blugolds are a three headed monster on the ground led by Calvin Hargrove with 672 yards and 14 TDs.  Joe Penchi has 630 yards and 7 TDs and Dave Malin 336 and 8 TDs.  Quinn Miskowski has hauled in 32 passes for 942 yards and 17 touchdowns in 2021.

Thursday’s game kicks off at 4pm at Madison’s Camp Randall Stadium.  You can hear the game on 100.5 ESPN Madison and online at WisconsinOnDemand.com